Rev. Gary L. Wyatt, Sr., is a trailblazing worship leader/composer and a prophetic preacher, musician, singer, and author. He is one of God’s hidden gems residing in the Pacific Northwest, faithfully serving as the Founder and Lead Pastor at SureHouse Open Bible Church. Rev. Wyatt began singing at the early age of five. Growing up in a musical family, Wyatt began to nurture his talents by playing the piano, organ, and composing at the age of sixteen. After becoming a recording artist at the age of twenty-four, he has worked with several well-known artists in the Gospel music industry. Rev. Wyatt has composed over 1200 songs and 42 recordings spanning more than four decades. Wyatt served and studied ministry under the leadership of the late Bishop A.A. Wells, and the late Dr. Edna E. Travis, in the Full Gospel Pentecostal Association, Portland, Oregon, for fourteen years. He was ordained as an Elder in the Full Gospel Pentecostal Association at age 30 and now ministers across the U.S. and countries abroad. Rev. Wyatt loves spending time with his wife of over 42 years, Joclyen Cheryl Wyatt, his two sons, two daughters-in-law, and six grandchildren. 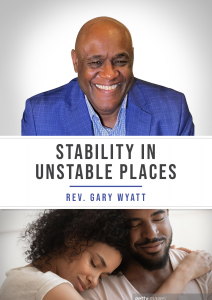