Dr. Derwin L. Gray is the cofounder along with his wife Vicki, and leader pastor of Transformation Church, a multiethnic, multigenerational, mission-shaped church in the Charlotte, NC, area. Dr. Gray has been married since 1992 and has two adult children. He played six seasons in the NFL. In 2015, he was awarded an honorary doctorate from Southern Evangelical Seminary. In 2018, he received his Doctor of Ministry in the New Testament in Context at Northern Seminary under Dr. Scot McKnight. He is the author of several books, including the national bestseller, &The Good Life.* 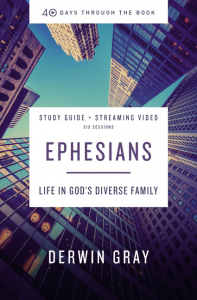